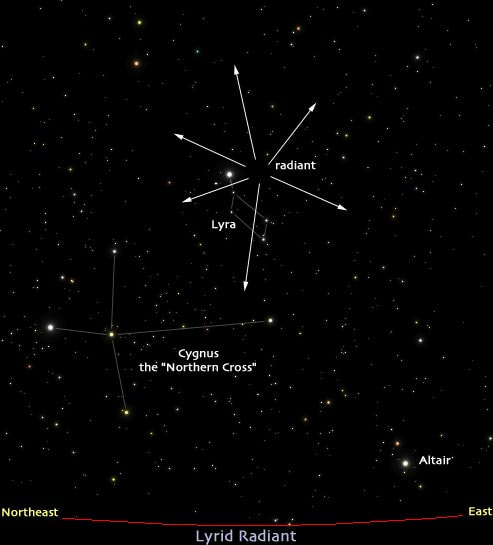 With the on-going pandemic around the world, where everyone advice to stay-at-home safely, just remember one thing: the sky will always be there. Permitting that the weather is clear and light pollution is low, this month’s exciting astronomical phenomena that you shouldn’t missed to sight; The Lyrid Meteor shower.

Lyrids can be observe on April 16 to 25, 2020. It is usually produces good rates about 10 to 15 meteors per hour during its peak. These meteors are best seen in the moonless sky. Vega the bright star of constellation Lyra (the Harp) are the close location of the radiant of these meteors, which rises in the northeastern part of the sky at around 10 in the evening. Before the dawn of April 22 is the expected peak viewing hours for this year’s Lyrid meteor shower.

It is good to enjoy watching these meteor shower later this month from a location with dark skies and low light pollution.

The brightest planets in April’s night sky were initially close together, but as nights go by, they drift apart but our local satellite will join their alignment beginning April 15. 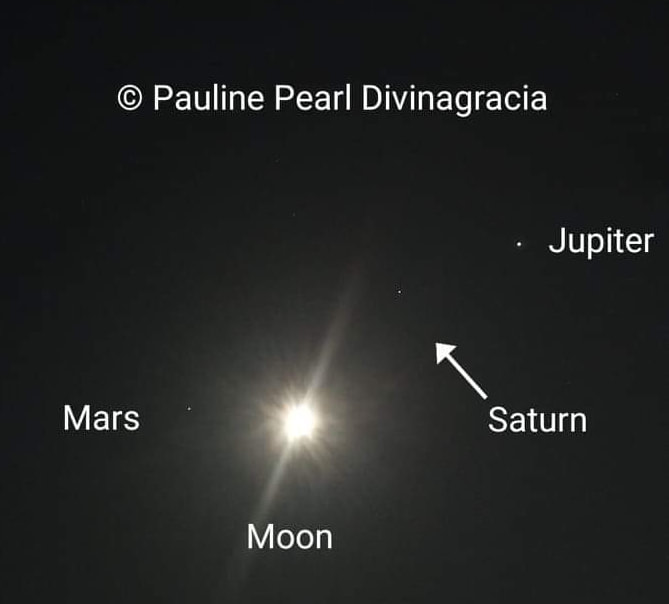 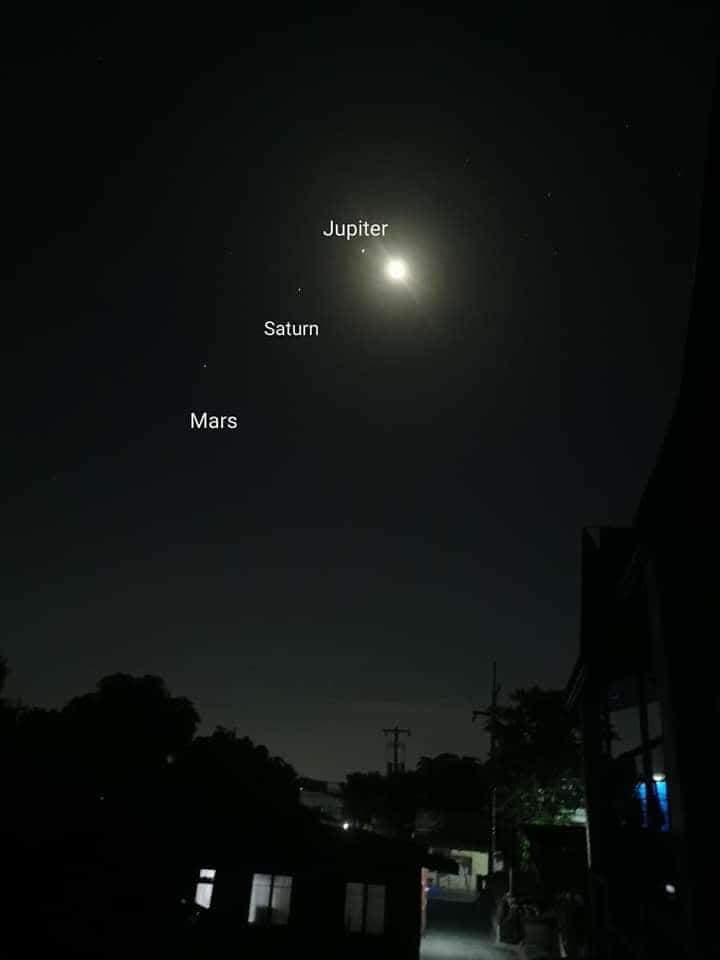 Photo taken by : Marvic Jon Alcantara
Two hours after midnight, an observer looking towards the Southeastern part of the sky will be seing the last quarter moon. Around 3.83 degrees on its left is the very bright Jupiter with a -2.23 magnitude. Taking a landscape photograph will also capture the dazzling Milky Way as the edge of our galaxy is now visible even in the Metro because of the reduced light pollution amid Enhance Community Quarantine. Unfortunately, we have partly cloudy to cloudy skies over Metro Manila but some managed to take some photos of the said alignment. 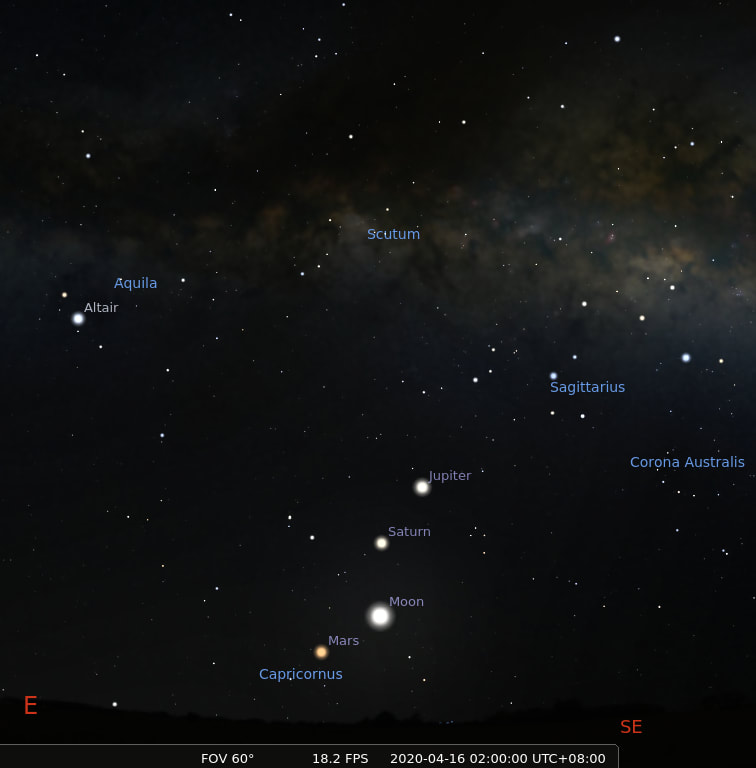 On Thursday past midnight, our Moon will be a few degrees to the red planet’s upper right forming a curve line together with Saturn and Jupiter. Just look at the southeastern horizon after 2 am and one would observe Saturn, Moon and Mars with other stars of Capricorn. While Jupiter is among the bright patterns of Sagittarius. 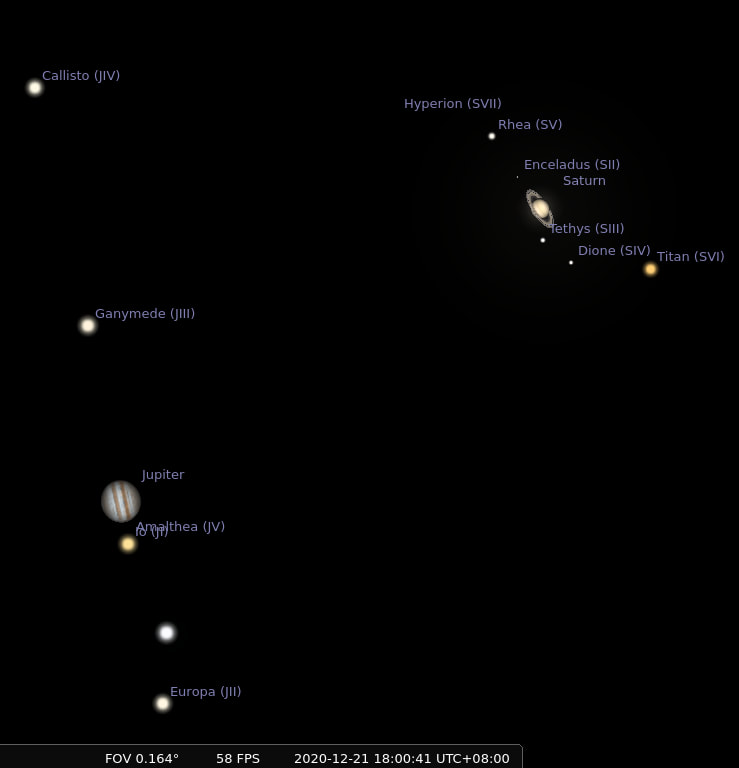 Later this year, Jupiter and Saturn will be 0.1 degrees apart from each other. Visible just after the sun sets, photographers and amateur astronomers must capture this tight conjunction which were last seen this close on 1623. Peeking through a telescope with high-powered eyepiece, the two gas giants will be visible in one field of view. 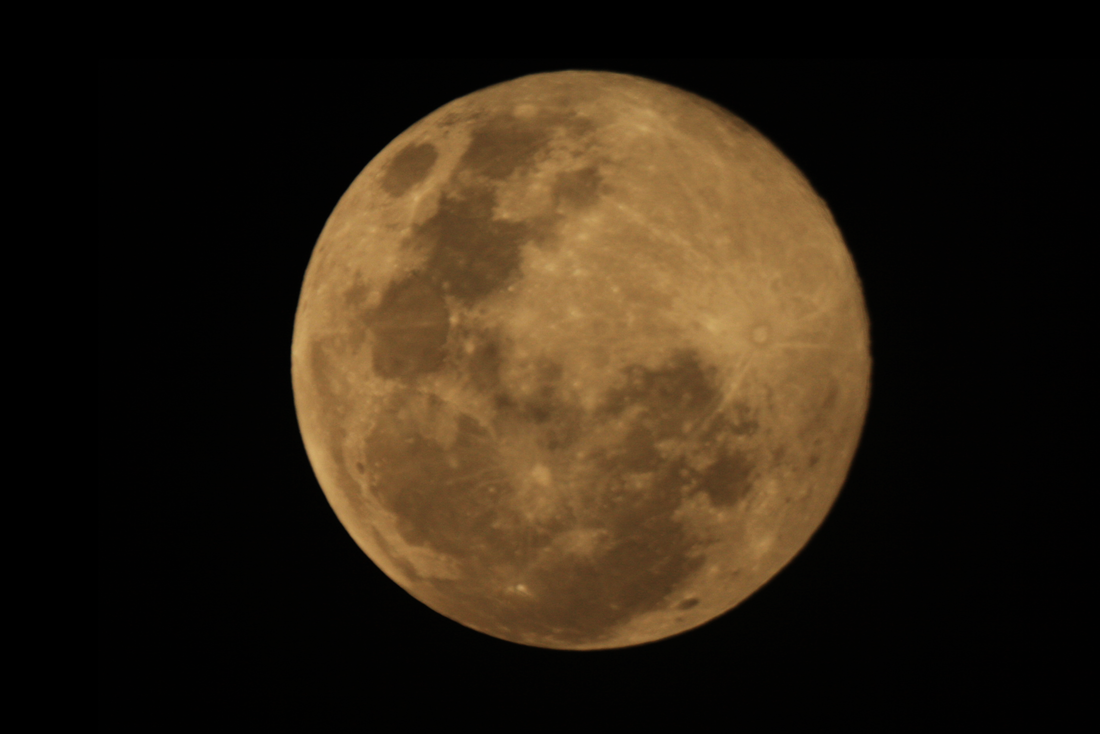